A Year in Review, sorta

A new year is approaching; a chance to change calendars. It seems the most popular parts of the rolling over of the year are resolutions, nonsensical lists reviewing the past year and drinking.

People also spend a lot of time reviewing the waning year looking to see if can tell us something significant about ourselves or our peers. The success of the exercise seems to depend on the talents of the analyst and the honesty applied to the analysis.

That is why so many of us don’t make New Years Resolutions, we don’t look at our lives with a great deal of honesty. If we truly did how many of us would smoke, drink or be Conservatives?

So before I begin tonight’s round of smoking and drinking I would like to do a little review of my own year. There are even points where I will apply a little truthfulness to the process.

I spent part of this year battling my own strange little demons. I would like to lay the blame for their existence squarely on my parent’s shoulders but I have to take responsibility for my own life at some point. I will make note of this for next year.

With the support of my lovely wife and our dog Max I have been able wrestle my black cloud of emotional turmoil into something that resembles submission. It isn’t gone, but neither does it control my life like it once did. And now I have ways to deal with it.

The biggest change I saw for myself this year was my son. As much as I loved him before, it is nothing like what I feel now. Sure, at times he can still make me crazy. The logic a two year old uses resembles nothing I have ever encountered before. The lessons he has learned from me, good and bad, have taught me how incredibly important my wife and I are to his development and well being. This is the point where I would like to babble on endlessly about how great he is and what he has taught me, but I hate it when people do that. Instead I will save it for when we have company and I want something to talk about. Nothing like discussing the emotional upheaval brought on by fatherhood to bore the snot out of everyone you encounter.

I would just like to say I have the greatest son in the world but that would then require so many others to rise up and defend their sons, so rather than start all that I just won’t say it. I will think it however.

I still have a lot to work on, like learning to compromise on piles of stuff. It seems I am not easiest person to live with, although I cannot imagine where that idea came from, though I do promise in the future to ………. Who are we kidding? I am not going to radically change, but hopefully I will change a little bit time, like letting my wife know how much I really do appreciate her and how much of a difference she makes to my life. 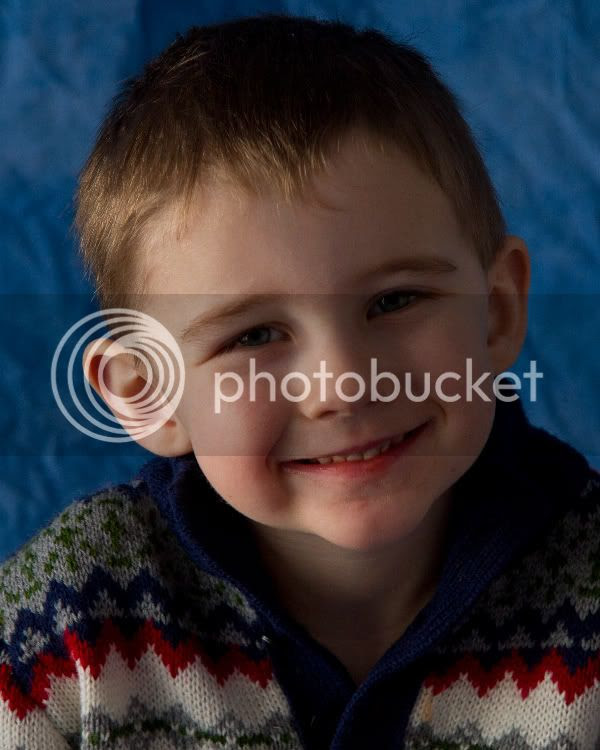 In the face of all this my family is carving out a version of Christmas with our own symbols of peace, love, harmony and magic. And this is good.

When did penguins become a symbol of good will? How did they manage to infiltrate Christmas? Who is on their public relations team? Who are their stylists?

Did it start with Coca Cola and their advertisements showing polar bears and penguins frolicking together? Whose genius idea was that? Has climate changed pushed the North Pole right into the South Pole?

The whole Christmas experience is a northern one. Reindeer are a northern animal. There are no magical elves in the southern hemisphere. Santa Clause lives at the North Pole although there is debate around whether it is the geographic or magnetic North Pole. Recent evidence showing the magnetic North Pole is slipping from the top of the globe will present some logistical problems for Santa, but if you can get eight reindeer to fly you should be able to handle the inconvenience of polar relocation.

The thing is, no matter how much the North Pole has moved it is still not the South Pole and there are no penguins at the North Pole. They have not migrated, emigrated or otherwise been displaced.

Penguins have never made it into our popular mythology. Rudolph the Red Nosed Reindeer, while seemingly anatomically unlikely, did not join in the Reindeer Games. There is no mention of penguin games. Cupid and the Easter Bunny have completely shunned the lowly penguin.

Look at who they are displacing. When was the last time you heard anything about the Christmas seal? It has been a while! Seals are cute, at least when they are babies and before they are clubbed. The arctic fox is beautiful, all white and sly. Sure they have the carnivore thing to overcome but penguins aren’t strictly vegetarian either. The polar bears that the penguins are supposedly cavorting with have more than a little gristle stuck in their teeth. And who ever considers the walrus.

I don’t want it to seem like I have an anti-penguin bias. They have their place in the world; it is just not here, at Christmas. I am sure there is some strange holiday that incorporates penguins although I cannot image what a flightless waddling bird might symbolize.

So please, let’s set aside the nasty penguin and keep the mammal in Christmas!
Posted by David at 12:49 PM No comments:

Another time frame I am pretending approximates a week and another word.

It‘s like comparing apples to oranges. It does seem pretty obvious but in the cliché lives the definition. In composing the image it became necessary to editorialize. Trying to find objects I could use as props was a bit of a challenge. Symbolism can be a challenge. And there are no Beaver Nuts. 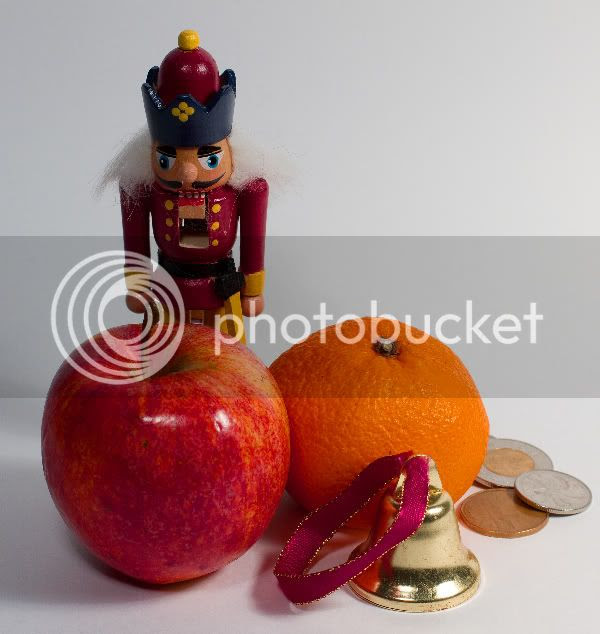 This flyer was recently delivered to our mailbox. I commented on it on my Facebook page but it is just too funny to leave it alone. In my obsession to promote this particular piece I have been accused of being a bit childish. I do like the Three Stooges and there are days when this type of humour works for me. It is true that had someone else found it I might not find it nearly as funny, but I found it and I do think it is funny. So for all those who missed it the first time, here it is again (and I promise I won’t use it too many more times).
Posted by David at 12:10 PM No comments: