What a great word. It People have so many interpretations for what qualifies as a leisure activity but the word, as a noun, simply indicates freedom from the demands of work. Two of the many nice compartments we divide our lives into; work and leisure.

So just what might quality as a good subject for ‘leisure’? Photography, camping, gambling, painting? There were too many ideas to choose from so I looked to my 2 year old son, TroubleMaker to provide me with a bit of insight; after all he doesn’t have many of my prejudices yet.

This past weekend we took a drive in the country looking for a suitable location for a picture I wanted to take for our 2011 calendar. We finally found the location in a hay field half an hour outside of town. One of the props we brought with us was TroubleMaker’s tractor.
When TroubleMaker caught sight of the huge round hay bales in the 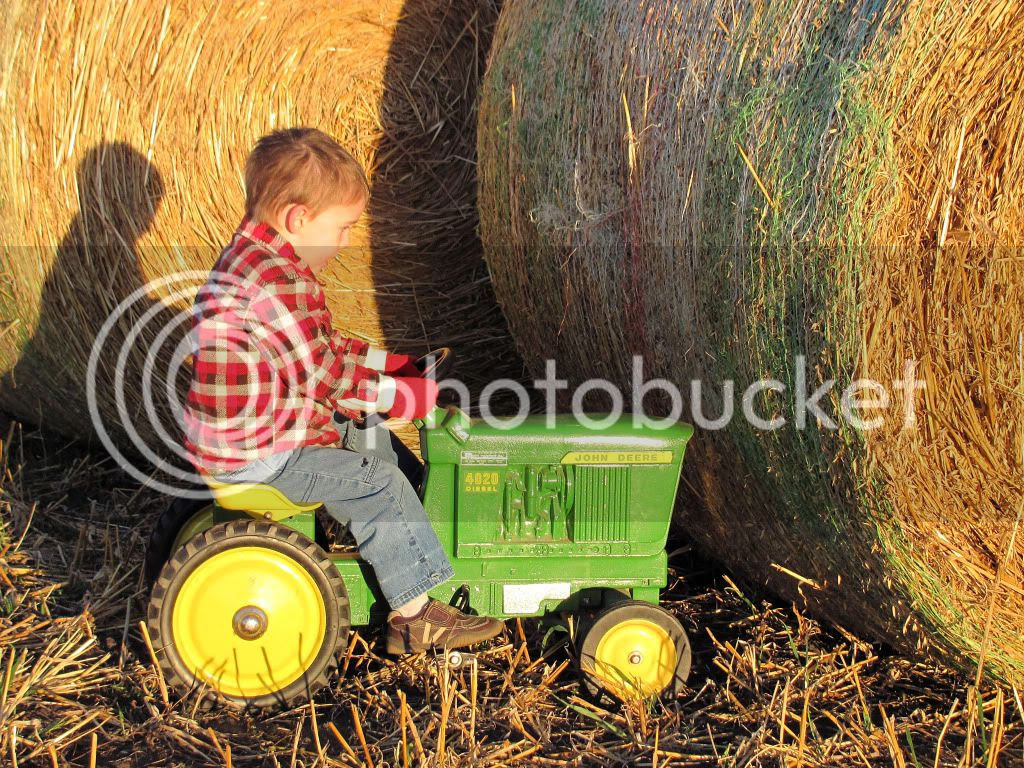 field he became of a single intent: to tractor the bales! So that is what I have selected as my photograph for this week. Tractoring hay bales may not fall into the realm of traditional leisure activities but it was his choice and I have to learn to respect his choices. He doesn’t have a box he has to worry about thinking outside of yet.
Posted by David at 9:42 AM No comments: 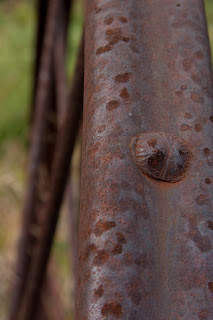 The word ‘detail’ is not particularly interesting, if any word can be said to be interesting, but it is a word that left me some room for interpretation. So this past week end my wife, TroubleMaker, Max and I went out to my mother-in-law’s place for Thanksgiving dinner.

I spent a little bit of time wandering around the acreage with my camera looking at the abandoned vehicles and machinery lying about. Somewhere there had to something that I could use for this weeks word. And there was. It is the end of a spoke in a steel wheel from an old piece of farm equipment. I simply liked the texture and colour and so have produced this image.

I also found an old motorcycle which interested me. It was a good weekend with good food, nice family and some satisfying pictures. 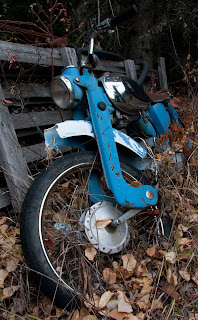 The word itself is not evil. Some view teenagers as evil but that is a generalization that generally is not true. The word is seldom applied to anything that is not human, and again some will argue teenagers are not human but generally they are. I was of the opinion that teenagers were just intellectually challenged adults until I started to really look at some of the adults I have known. Either I didn’t give teenagers enough credit or a lot of adults never matured beyond their teenage years.

Despite anyone’s feelings about them, the word ‘teenager’ has been my word for the last week. Not my word exclusively although I can’t say I heard anyone else using it, but a word that was randomly selected for my weekly photographic exercise.

I failed. Trying to photograph something that meant ‘teenager’ to me was difficult. I didn’t want to use anyone in the photograph. I don’t know that many teenagers and using a stranger would have meant release forms, parents and possible stalker accusations. I don’t relish being a creepy old man, at least not yet. For this single picture I wasn’t going to enter that arena. And I also found it is difficult to photograph a school and have the picture mean anything. 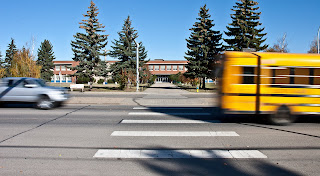 So the picture you see here is what resulted. Not very good, not very symbolic and certainly not satisfying to me but a picture none the less. Next week will be better, I hope!
Posted by David at 11:33 AM No comments: